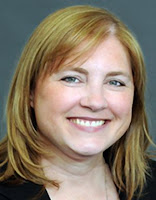 Stephanie Karr sent her letter of resignation to the city on Monday. She had served as Ferguson's city attorney since 2004 — and until recently was also the city's prosecutor.

Karr faced criticism for how she prosecuted people who were arrested during protests over Michael Brown's shooting death. Since Brown's death, Ferguson's city manager, police chief and municipal judge have all resigned — and been replaced.

A 2015 U.S. Department of Justice report highlighted issues around Karr's employment, finding that her additional work as a city prosecutor was a conflict.