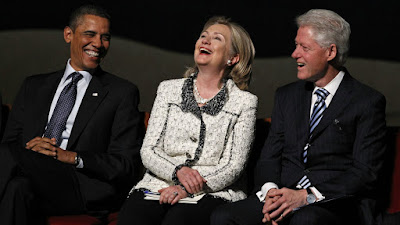 Many Trump and Sanders supporters believe that Hillary Clinton has no chance at winning in November. They believe in all the negative hype that Clinton detractors have been putting over the decades, and that Trump will not just win, but win easily. That's simply not the case, here are six reasons why she will win and become the first female President of the United States.

1. Hate her or love her, she is simply the most qualified candidate ever to run for president. She has forgotten more about politics and world affairs than Sanders and Trump know combined.

2. She will have the Obama Coalition behind her and with that comes Barack Obama, The Campaigner, and Chief. He is very popular among Democrats and would energize those that sat the primary season out. Many of those supporters want to protect the Obama legacy and trust Clinton to do just that.

3. She will have arguably the greatest group of surrogates ever out there stomping for her campaign. Those surrogates would include President Obama, Michelle Obama, Bill Clinton, Joe Biden, and Elizabeth Warren. (If Bernie Sanders can stop pouting and come to his senses then he could also be on that list.) That's political star power no matter which one shows up at a rally or on television.

4. She has a superior campaign organization. She has veterans of winning presidential campaigns working for her and has ground games ready to go in toss-up states and important states such as Ohio, Florida, California, New Jersey, and Michigan.

5. She is facing a media personality, not a true candidate. Donald Trump can't help but be Trump, and he will self-implode under the stress of a presidential campaign where everything you do and say is vetted and questioned.His lack of substance will bite him in the ass.

6. Many Republicans simply can't bring themselves to vote for Trump. They will stick to their ideals and principles and take the loss this year so that they can win in 2020. They will not publicly support or endorse Hillary Clinton, but they will vote for her.

So that's my opinion Hilary Clinton will win in November. So what do you think?