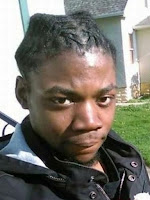 U.S. Attorney Andrew Luger announced that no federal criminal civil rights charges will be filed against the Minneapolis Police in the shooting of Jamar Clark last fall.

U.S. Attorney Andrew Luger, leaning heavily on whether Clark was handcuffed by police before being shot and other factors, said there was “insufficient evidence” to bring a federal case. He said Clark’s family has been informed of the ruling, which was harshly criticized by the Minneapolis leader of the NAACP and firmly supported by the city’s police chief.

“I want you to understand that this is one of the highest legal standards under criminal law,” Luger told reporters at FBI offices in Brooklyn Center. “It is not enough to show the officers made a mistake, that they acted negligently, by accident or even that they exercised bad judgment to prove a crime. We would have had to show that they specifically intended to commit a crime.”