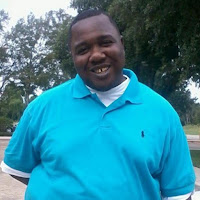 Several black congressmen/women, such as Rep. John Conyers and Rep. Barbara Lee took to Twitter to respond to the shocking video of Alton Sterling being shot to death by Baton Rouge police. Read their responses below.

#AltonSterling was shot in cold blood. @TheJusticeDept needs to investigate this atrocity & bring #justice to his family. #BlackLivesMatter

More than 550 police-involved shooting deaths this year. A Federal response to use of force is long overdue. #AltonSterling