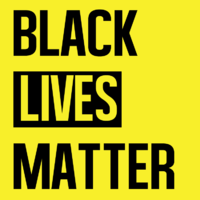 The Black Lives Matter Movement released this statement on the tragic police shootings in Dallas.

In the last few days, this country witnessed the recorded murders of Alton Sterling and Philando Castile at the hands of police, the latest victims in this country’s failed policing system. As we have done for decades, we marched and protested to highlight the urgent need to transform policing in America, to call for justice, transparency and accountability, and to demand that Black Lives Matter.

In Dallas, many gathered to do the same, joining in a day of action with friends, family, and co-workers. Their efforts were cut short when a lone gunman targeted and attacked 11 police officers, killing five. This is a tragedy–both for those who have been impacted by yesterday’s attack and for our democracy. There are some who would use these events to stifle a movement for change and quicken the demise of a vibrant discourse on the human rights of Black Americans. We should reject all of this.

Black activists have raised the call for an end to violence, not an escalation of it. Yesterday’s attack was the result of the actions of a lone gunman. To assign the actions of one person to an entire movement is dangerous and irresponsible. We continue our efforts to bring about a better world for all of us.