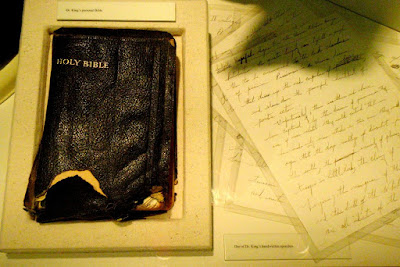 The Bible that Martin Luther King Jr. carried during the civil rights movement in the 1960s belongs to his estate which voted in 2014 to sell the heirloom against the wishes of his daughter, said a court ruling that could now lead to its sale.

A trial was still scheduled to begin on August 15 to settle the question of who owns the slain civil rights leader's 1964 Nobel Peace Prize medal, which the estate also voted to sell, according to court records.

The estate is controlled by King's three surviving children, Bernice and her two brothers, Dexter and Martin Luther King III.