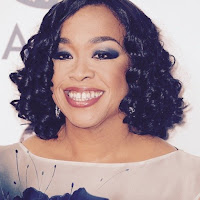 Jesse Williams' great speech at the BET Awards last week led to a Change.org petition asking for him to be fired from Grey's Anatomy. The petition, created on Friday, gained more than 5,000 signatures within four days.

Erin Smith, the creator of the petition writes:

Jesse Williams spewed a racist, hate speech against law enforcement and white people at the BET awards. If this was a white person making the same speech about an African American, they would have been fired and globally chastised, as they should be, but there has been no consequences to Williams' actions. There's been no companies making a stand against his racist remarks and no swift action condemning his negative attitude. Why was Burke's character fired from Grey's Anatomy after his inappropriate homophobic slur, but nothing for Jesse Williams? Why the one-way street? Why the support for a hater? Why the hypocrisy? #AllLivesMatter All humans bleed the same color. #EqualConsequences4RacistBehavior