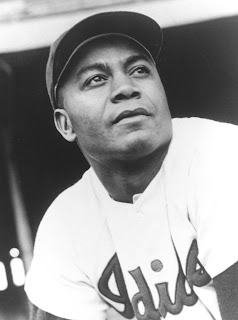 "Like me, Larry Doby started out as a kid on the streets of Paterson, New Jersey, but he went on to blossom into a sports legend, a pioneer of American civil rights, and a man of great service to his country," Rep. Pascrell said. "Larry handled adversity with strength and served as an inspiration for minority kids and adults since his landmark introduction to the major league. Paterson couldn't be prouder to call him one of our own, and now we call on Congress to bestow this overdue honor to Larry's family. I appreciate my friend my Ohio, Rep. Renacci, for joining me in this bipartisan effort to recognize a great American."

In one of his first acts upon coming to Congress in 1997, Rep. Pascrell sponsored legislation in Congress (H.R. 2116) designating the post office at 194 Ward Street in Paterson as the Larry Doby Post Office, which was signed by President Bill Clinton and became Public Law 105-162. In 2012, the United States Postal Service released a commemorative postage stamp with Larry Doby’s likeness. Pascrell joined the USPS for a ceremony to unveil the stamp at the Larry Doby Post Office.

"Baseball before Larry Doby and Jackie Robinson was informally segregated. While Jackie Robinson was the first African American player in the National League, the Cleveland Indians made Larry Doby the first in the American League – forever changing the face of baseball," Rep. Renacci said. "Not only did Doby wear an Indians’ uniform proudly as the first black player to play in the World Series, but he wore our nation’s uniform while he served in the Navy during WWII. I am pleased to join my friend and colleague Rep. Pascrell in introducing this legislation to honor Larry Doby for the great strides he made for the game of baseball and the civil rights movement in the United States. Go Tribe!"

“The Cleveland Indians organization is very proud of Larry Doby’s legacy,” said Indians Senior Vice President of Public Affairs Bob DiBiasio. “Mr. Doby, a symbol of equality and freedom of opportunity, stood with grace, dignity and a competitive spirit that resonated throughout Ohio and across America.”

Lawrence Eugene “Larry” Doby was an extraordinary individual and a sports legend that broke through racial barriers by becoming the first African American to play professional baseball in the American League. Upon his honorable discharge from the United States Navy in 1946, Larry Doby played baseball in the Negro League for the Newark Eagles. In 1947, his contract was purchased by the Cleveland Indians where he began his illustrious 13 year career in the American League. After appearing in 1,533 games and batting .283, with 253 home runs and 969 runs batted in, and being voted to seven all-star teams, Larry Doby was elected to the National Baseball Hall of Fame in 1998.

In addition to being the first African American to hit a home run in a World Series, Larry Doby was deeply committed to his community. In expression of this profound commitment, Larry served as the Director of Community Relations for the NBA’s New Jersey Nets. This position granted Larry the opportunity to leverage his character and stature to participate in and influence youth in many of New Jersey’s inner cities.