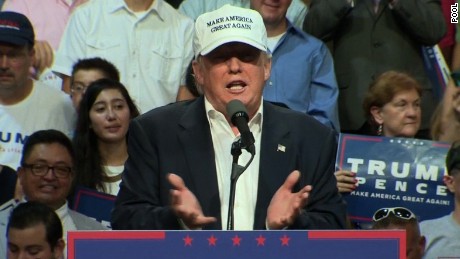 Republican presidential candidate Donald Trump stirred up some controversy and angered many African-Americans by saying in front of a white audience that most of them live in poverty, send kids to failing schools, and have no jobs. Now African Americans know that not to be true, but something else Trump said caught my ear. He asked what the hell did African Americans have to lose by voting for him. Well, Mr. Trump here are four important things we will lose under a Trump presidency. There are more things blacks would lose, but these are things that would have an immediate negative impact on the Black community.

Healthcare: Yes, the Affordable Care Act (Obamacare) may have it flaws and may not have been the single payer system some progressives wanted, but it has helped millions of uninsured African Americans get health coverage. Trump has made it clear that on his first day in office he would attempt to repeal the ACA. If successful millions would lose their healthcare coverage with nothing there to replace it.

Voting rights: The Republican-led Congress has yet to take any action to fix the provision in the 1965 Voting Rights Act to stop states from using voter ID/registration laws in attempts at voter suppression. That would only get worse under a President Trump who has already indicated that the striking down of voting laws in states such as Wisconsin and North Carolina are a threat to his candidacy.

Education funding: Trump would cut federal education funding and may want to eliminate or severely cut the budget of the Department of Education. As a school board member, I can tell you that in poorer districts a good portion of their funding comes in the form of federal aid. Without that assistance, districts would be forced to cut programs that help poorer students or those with learning disabilities. He would also push for more charter schools which take money from traditional public schools forcing those public schools to cut even more programs.

Jobs: Trump's trade policies would make it harder for American companies to do business and make money overseas. Without that foreign business, companies would not need as many workers stateside as their global markets would be smaller. Those few manufacturing and factory jobs in the U.S. would be eliminated or made part time. That helps no one especially black and brown people.

So as you see Mr. Trump, we have a hell of a lot to lose by voting for you. Every time you open your mouth about African Americans you make it clearer that in this election Hillary Clinton is the obvious choice for black voters.