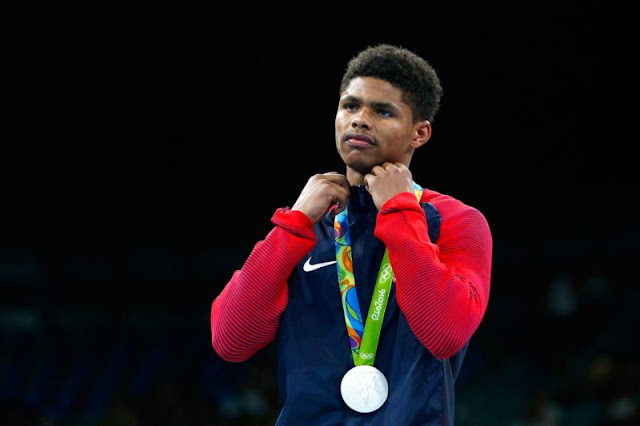 Olympic boxer Shakur Stevenson didn't win the gold medal but he still made us in his home state of New Jersey proud. Shakur lost the gold medal match to Cuba's Robeisy Ramirez in a split decision of their three round fight (2-1). He will be bringing a silver medal back to his hometown of Newark NJ.

Shakur was distraught after the fight and believed that he let everyone down. The young man didn't let anyone down and we here in NJ are all proud of him. He is the first American man to bring back a boxing medal since 2004 and has a promising future ahead.

Today he didn't come out on top but he will be a champion at the next level one day. The silver medal is just the beginning of a long journey. American fighters like Michael Carbajal (5X Champion), Virgil Hill (4X champion), and Riddick Bowe (1x undisputed heavyweight champion) all won a silver medal and went on to have great careers.