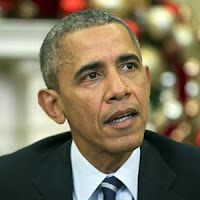 Today (08/19/2016) Donald Trump and his running mate Mike Pence visited the flood ravaged areas in what amounts to a glorified photo op. While Trump wants us to think he cares about the flood victims this trip is really an attempt to embarrass President Obama who has yet to visit Louisiana. The conservative media is also trying to put this narrative out there that Obama just doesn't care about the people of Louisiana. There are just a few issues with that narrative that make it untrue.

One problem with that narrative is Louisiana Governor John Bel Edwards  asked Pres. Obama not to come right now so that first responders can focus on the flood victims. The governor made the following statement:

It is a major ordeal, they free up the interstate for him. We have to take hundreds of local first responders, police officers, sheriffs, deputies and state troopers to provide security for that type of visit. I would just as soon have those people engaged in the response rather than trying to secure the president. So I’d ask him to wait, if he would, another couple weeks.
The other problem with that is our president has already taken action to help the flood victims. On August 14, 2016 he signed a Louisiana Disaster Declaration that allows the state and it's people to apply for federal aid.

President Obama Signs Louisiana Disaster Declaration
The President today declared a major disaster exists in the State of Louisiana and ordered Federal aid to supplement state and local recovery efforts in the area affected by severe storms and flooding beginning on August 11, 2016, and continuing.

The President's action makes federal funding available to affected individuals in the parishes of East Baton Rouge, Livingston, St. Helena, and Tangipahoa.
Assistance can include grants for temporary housing and home repairs, low-cost loans to cover uninsured property losses, and other programs to help individuals and business owners recover from the effects of the disaster.
Federal funding also is available to the state and eligible local governments and certain private nonprofit organizations on a cost-sharing basis for emergency work as a result of the flooding in the parishes of East Baton Rouge, Livingston, St. Helena, and Tangipahoa.
Federal funding is also available on a cost-sharing basis for hazard mitigation measures statewide.
W. Craig Fugate, Administrator, Federal Emergency Management Agency (FEMA), Department of Homeland Security, named Gerard M. Stolar as the Federal Coordinating Officer for federal recovery operations in the affected area.
FEMA said that damage surveys are continuing in other areas, and more parishes and additional forms of assistance may be designated after the assessments are fully completed.
FEMA said that residents and business owners who sustained losses in the designated parishes can begin applying for assistance tomorrow by registering online athttp://www.DisasterAssistance.gov or by calling 1-800-621-FEMA (3362) or 1-800-462-7585 (TTY) for the hearing and speech impaired.  The toll-free telephone numbers will operate from 7 a.m. to 10 p.m. (local time) seven days a week until further notice.
FOR FURTHER INFORMATION MEDIA SHOULD CONTACT: FEMA NEWS DESK AT (202) 646-3272 OR FEMA-NEWS-DESK@DHS.GOV.

So boys and girls it looks like the truth has fioled those dastardly republicans/conservatives again.