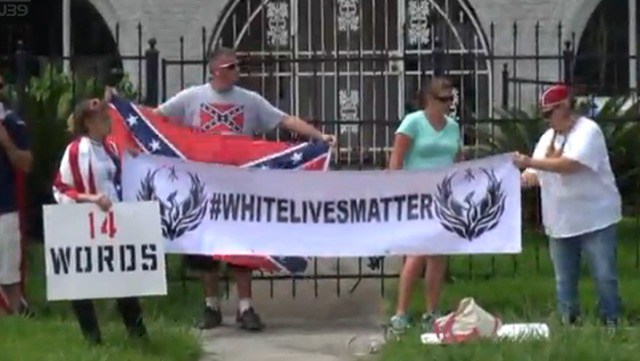 The National NAACP issued the following statement in response to a protest held outside the Houston branch office by armed men and women on this past Sunday:

“Yesterday, a small group of white supremacists, armed with automatic weapons and waving confederate battle flags, held a brief protest outside our office in Texas.

“While some may be shocked by what they witnessed yesterday in Houston, it is important to remember that the NAACP is subject to this type of harassment on a regular basis. The presidents of our more than 2,200 local chapters and branches often field angry and harassing phone calls, as well as vandalism, bomb threats and other calls for violence simply for standing up for the civil rights of all people. This hateful rhetoric has only increased during the current presidential election.

“Racism is a longstanding and divisive issue in this country, and many people at first feel victimized when confronted with the facts of how it continues to affect the lives of millions. But a misguided sense of victimhood does not justify brandishing weapons on a Sunday afternoon in a residential neighborhood, or make the statements of this group true or correct.

“We are encouraged that, in the face of flagrant hate and ignorance, the protestors in Houston were met by a larger crowd opposing their ignorance and dedicated to peace and prayer. Justice comes when communities refuse to let evil people perpetuate their misguided anger on innocent people.

“For more than a century, the NAACP has worked to unite people of every race, religion and background in the fight against segregation, discrimination, and violence. We continue to work nonviolently in every city and county to ensure that every person can advance through access to quality schools, economic opportunity, professional and accountable law enforcement, and the freedom to vote and be a part of our American democracy. We happily invite anyone who feels the same to join us.”