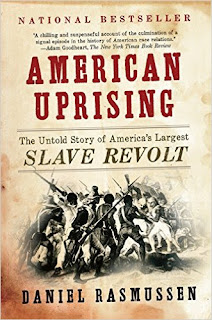 In January 1811, five hundred slaves, dressed in military uniforms and armed with guns, cane knives, and axes, rose up from the plantations around New Orleans and set out to conquer the city. Ethnically diverse, politically astute, and highly organized, this self-made army challenged not only the economic system of plantation agriculture but also American expansion. Their march represented the largest act of armed resistance against slavery in the history of the United States.