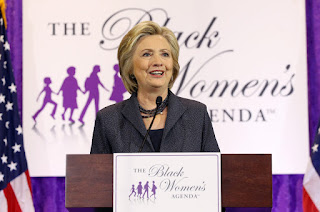 Democratic presidential candidate Hillary Clinton spoke at the Black Women’s Agenda Symposium in Washington D.C. on 09/16/2016, an event which Donald Trump declined to speak at (so much for that black voter outreach). Clinton addressed creating jobs and criminal justice reform among other topics. Watch her speech below.