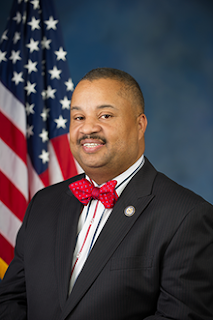 New Jersey Congressman Donald Payne Jr. (DEM) has been re-elected to the U.S. House of Representatives for a third term as the Representative of New Jersey's 10th Congressional District. Payne demolished his Republican challenger David Pinckney and three others with over 86% of the vote making his margin of victory the largest in the state of N.J. Congrats to Congressman Payne.