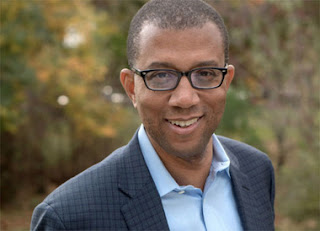 Jim Johnson, a former U.S. Treasury official and federal prosecutor has announced he's running for governor of N.J., wading into a Democratic primary that many considered over before it officially began.

Johnson, of Montclair, has opened a campaign office in his hometown, looking to mount a challenge against banking executive and former U.S ambassador Phil Murphy, who kick-started his campaign with $10 million of his own money and is considered the odds-on favorite for the governorship.

Johnson told NJ Advance Media on Monday that he's running on a platform of rebuilding the state's economy, restoring bonds in the community and renewing trust in government.

"I believe that elections, at the end of the day, are about the people who go to the voting booth," he said.

Johnson is a former undersecretary for enforcement at the Treasury Department, where he oversaw the Bureau of Alcohol, Tobacco and Firearms, the Secret Service, U.S. Customs and other agencies during President Bill Clinton's administration.

He also headed up New Jersey's Advisory Committee on Police Standards, which was formed during the late 1990s when the State Police was under federal monitoring for racial profiling, and has helped shape recent reforms including the Attorney General's Office's policy on the use of body-worn cameras.