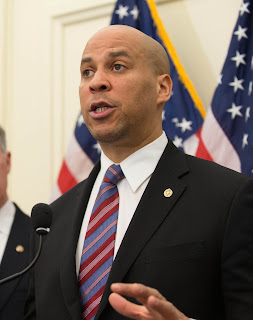 If someone had pulled aside the signers of the Declaration of Independence 240 years ago and told them that, one day, the country they founded would be home to the largest number of imprisoned people in the world, they might have been more than a little disappointed.

Yet this is where we find our country today: The United States, founded on the basis of liberty and justice for all, suffers from that distinction. Twenty five percent of all imprisoned people on our planet are imprisoned right here in America. And the fact of the matter is that, at the federal level, the majority of those imprisoned aren’t hardened, violent prisoners. Far too many are nonviolent, low-level drug offenders.

Thanks to policies enacted by Congress, our federal prison population has exploded by nearly 800 percent over the past the 30 years. And to pay for it, we’ve had to increase our prison spending by almost 400 percent. But the fact that these polices were enacted by our government in the first place should serve as a reminder that we have the agency to change them.

Momentum is building across America -- in states, in the federal government, in both political parties -- to change this misapplication of justice that so grossly misrepresents our priorities as a nation.

A diverse coalition of individuals, groups, and organizations -- ranging from Democrats to Republicans to law enforcement officials and clergy -- have come together to call for a comprehensive change in the trajectory of our justice system. And under President Obama’s leadership, the collective vision of these groups has found a home and a voice in the White House.

I have been proud to stand by President Obama as he has taken courageous steps in recent years to make our justice system more just.

Today, the White House is announcing that over 300 companies and organizations have signed the Fair Chance Business Pledge, a commitment to eliminate unnecessary hiring barriers facing people with a criminal record. Along with this step and a series of Administrative actions to enhance the fairness and effectiveness of the criminal justice system, he’s shown that the federal government can lead the way to progress.

President Obama has created a legacy of bold action that we must carry on to elevate the cause of criminal justice reform, from Congress to statehouses across the country.

Learn more about what’s at stake in the effort to reform our broken criminal justice system: Make sure to check out the White House discussion today, where a coalition of leaders and activists will join together to discuss what’s next for criminal justice reform.

But the conversation can’t stop there, and neither can the work. We must once again declare that we are a nation of independence, rooted in the spirit of interdependence. What happens to any of us, happens to all of us -- and we won’t get where we want to go faster by leaving anyone behind.

I look forward to standing shoulder to shoulder with you in this fight to reclaim our criminal justice system in the years to come
.
Thank you,