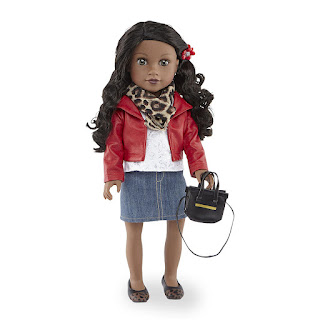 One of the few items on the Christmas list of Emily Noreen's 4-year-old daughter is a doll she can call her own.

"I want her to have something preferably that looks like her, which is hard because their father is African-American, and I'm white," Noreen said.

So she was heartened to find more than one option in the Our Generation line, a less-expensive alternative to American Girl, while perusing the toy aisles of Target. After some deliberation, she picked out a doll named Nahla, whose skin is a bit darker than her daughter's but whose curly hair was pretty close to her daughter's.

Richard Barry, chief merchandising officer for Toys R Us, said the changes in the toy aisles are happening as toymakers and retailers finally listen to customers' demands for more diversity.

"We hear from customers," he said. "We get applauded on the things we have, but they are also very keen to tell us the things we don't or the things they would like us to have. We feed that back to our manufacturing partners."

The need for more multicultural options was one of the insights Toys R Us took to heart when developing its private-label line of dolls called Journey Girls. Launched in 2010 with four dolls, it has expanded to seven dolls of all shades.

Posted by Councilman George L. Cook III at 8:55 AM