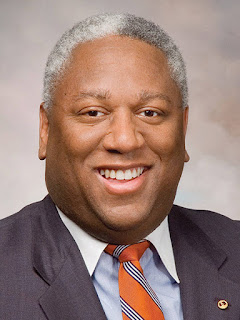 When two new members of the Virginia congressional delegation are sworn in Tuesday, they can partially thank a panel of federal judges for their seats in Congress.

The judges fiddled with the boundaries of the districts enough to allow a Democrat to win in Richmond and a new Republican to oust an incumbent in the Virginia Beach area.

Their unexpected paths to victory — or early retirement — reveal the extent to which the nuances of an elections map can help determine winners and losers.

The Virginia map changes started with a lawsuit filed by Democratic lawyer Marc E. Elias in 2013.

He argued a district represented by Rep. Robert C. “Bobby” Scott (D) illegally packed enough African Americans into its boundaries to diminish their influence elsewhere. Elias said the Virginia congressional case in some ways was a model for lawsuits in North Carolina and at the state level in Virginia, for which he is awaiting a U.S. Supreme Court ruling.

The federal judges eventually handed down a new map that moved a significant number of African American voters, a group that tends to vote for Democrats, into Forbes’s district.

Posted by Councilman George L. Cook III at 8:16 AM