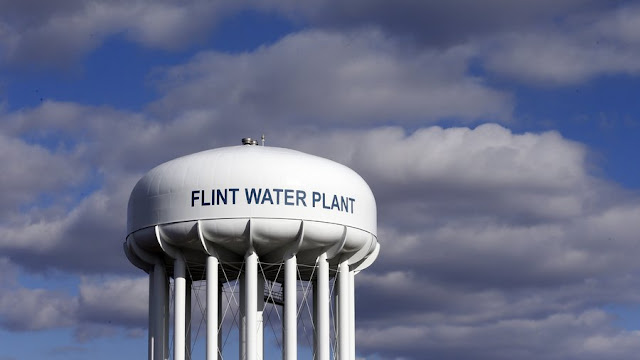 A government-appointed civil rights commission in Michigan says systemic racism helped to cause the Flint water crisis, according to a report released Friday.

The 129-page report does not claim there were any specific violations of state civil rights laws, but says "historical, structural and systemic racism combined with implicit bias" played a role in the problems, which still linger in the city's drinking water almost three years later.

"The presence of racial bias in the Flint water crisis isn't much of a surprise to those of us who live here, but the Michigan Civil Rights Commission's affirmation that the emergency manager law disproportionately hurts communities of color is an important reminder of just how bad the policy is," state Sen. Jim Ananich, a Democrat from Flint, said.

It was an emergency manager, appointed by Gov. Rick Snyder, who had the cash-strapped city's water supply changed from Lake Huron to the Flint River in 2014 -- a decision reversed more than a year later amid reports of corroded pipes and elevated blood lead levels.

The report, which was released after a year-long investigation that followed three public hearings and took testimony from more than 150 residents and officials, says: "The people of Flint have been subjected to unprecedented harm and hardship, much of it caused by structural and systemic discrimination and racism that have corroded your city, your institutions, and your water pipes, for generations."

Posted by Councilman George L. Cook III at 8:24 AM