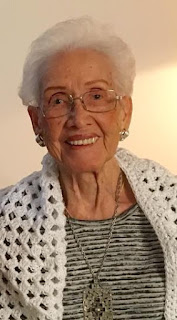 Hampton University is pleased to announce that Katherine G. Johnson, one of the leading inspirations behind the Hollywood feature film Hidden Figures, will serve as the University’s 147th Commencement speaker on May 14, 2017. Commencement will be held at Armstrong Stadium at 10 a.m.

Considered to be one of NASA's human 'computers,' Johnson performed the complex calculations that enabled humans to successfully achieve space flight. In 1961, Johnson was tasked with plotting the path for Alan Shepard's journey to space, the first in American history. Johnson was later responsible for verifying calculations of the "machines" and giving the "go-ahead" to propel John Glenn into successful orbit in 1962.

Johnson has been honored with an array of awards for her groundbreaking work. Among them are the 1967 NASA Lunar Orbiter Spacecraft and Operations team award, and the National Technical Association’s designation as its 1997 Mathematician of the Year. On Nov. 24, 2015, Johnson was awarded the Presidential Medal of Freedom, the highest civilian honor, from President Barack Obama.

“With her razor-sharp mathematical mind, Katherine G. Johnson helped broaden the scope of space travel, charting new frontiers for humanity’s exploration of space, and creating new possibilities for all humankind," said Obama. "From sending the first American to space to the first moon landing, she played a critical role in many of NASA’s most important milestones. Katherine Johnson refused to be limited by society’s expectations of her gender and race while expanding the boundaries of humanity’s reach.”

Johnson earned a B.S. degree in mathematics and French from West Virginia State College. In 1999, that university named Johnson "Outstanding Alumnus of the Year."

Johnson had three daughters with her late husband James Goble. All of the daughters are graduates of Hampton University: Joylette Goble Hylick, '62, Constance Goble Garcia (deceased), ’73, and Katherine Goble Moore, ’70. Johnson is married to Lt. Col. USA(ret) James A. Johnson, ‘52. Johnson has six grandchildren (three of whom graduated from HU) and 11 great-grandchildren.