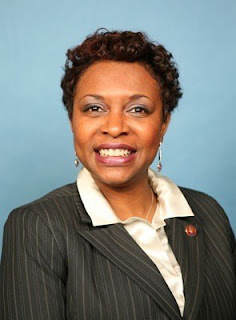 On March 30 in Washington DC, Milk River PAC hosted a dialog on the Impact of Women in Politics that featured Rep. Yvette Clarke (D-NY) and political commentator Ana Navarro.

The goal of Milk River PAC is to inspire more African American women to run for Congress. Along with The Collective, Democracy in Color, and Higher Heights, Milk River PAC is another effort focused on galvanizing support behind people of color running for office.

Milk River PAC and Higher Heights are specifically focused on Black women. Black women were number one of any group on America in voting percentage for the 2008 election cycle. But exactly how to create political power at at time when Republicans control Congress and the White House was one of many challenges.

The piece of the puzzle that has yet to be perfected is the money. But with the growing influence and power base of Black women in politics may soon fix that problem.

The specific goal of Higher Heights is to “identify, educate, and engage Black women across the socio-economic spectrum to elect Black women, influence elections and move public policy.”

As these political organizations grow stronger the money is soon to follow.