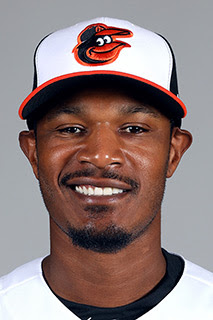 Baltimore Orioles outfielder Adam Jones, the target of racial taunts during a recent game in Boston, has donated $20,000 to the Negro Leagues Baseball Museum in Kansas City, Missouri.

Jones visited the museum and spoke with its president, Bob Kendrick, on Saturday before the Orioles continue their series against the Kansas City Royals.

The museum, founded by a group of former Negro Leagues stars, is located in the historic 18th and Vine district, a hub of black culture in Kansas City during the first half of the 20th century.

Jones' experience on May 1 in Boston touched off a discussion of racism across the sports landscape. Major League Baseball is reviewing security protocols at all 30 of its stadiums, and the Red Sox banished a fan from Fenway Park for using a racial slur against another fan in a separate incident.

He said Saturday that the widely condemned racial insult hurled at him at Fenway illustrates the need for dialogue about race and for fans to police each other.