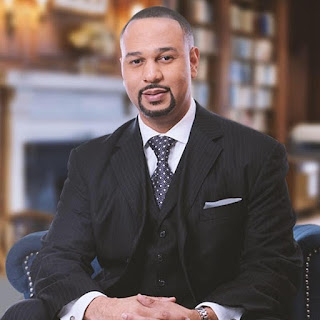 Carlos Moore made history this week when he took to the bench as the first African-American municipal judge in Clarksdale, Mississippi. Then he made a ruckus.

On his first day on the job, Moore ordered officials to remove the Mississippi state flag from his courtroom, because that flag contains the Confederate emblem in its upper left corner.

"It was such a great feeling to see the police officer drag the despicable flag from the courtroom during open court. Great first day!" the judge posted on Facebook on Monday.

In Moore's eyes, the Mississippi state flag doesn't stand for justice and instead shows the state supports the Confederacy's legacy of slavery, he told WATN-TV in Memphis.

Another factor in Moore's decision was the fact that a lot of the people who will stand before him in court will be African-Americans.

"Most of the people that appear before me will be African-American, and they need to feel that the courtroom is gonna be a place they can get justice," he said. "That flag does not stand for justice."

It isn't the first time Moore has fought the flag. He filed a federal lawsuit seeking an injunction to stop the state from flying the flag and to rule that its design is unconstitutional. But US District Judge Carlton W. Reeves tossed the suit out last year.