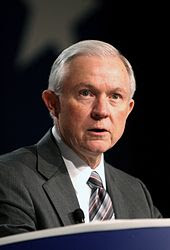 “Every day the Department of Justice prosecutes people for lying under oath, yet the man who leads the department has lied under oath on more than one occasion.

“In addition, although Attorney General Sessions has recused himself from the Trump-Russia investigation as a result of having conflicts of interest, he violated that recusal when he recommended that President Trump fire former FBI Director James Comey who had, shortly before being fired, requested more resources to investigate any and all ties between President Trump, his presidential campaign, and Russia.

On March 2, CBC Chairman Cedric L. Richmond called for Attorney General Sessions to resign after reports confirmed that he lied under oath about meeting with Russian officials during the 2016 presidential campaign. However, today’s statement represents the views of a majority of the caucus he leads.