Murderer of black teenager in road rage incident turns himself in 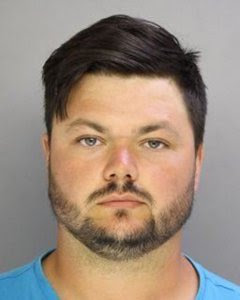 The man who shot and killed an 18 year old black teenager named Bianca Roberson in West Goshen Pennsylvania has turned himself into police.

Police used video footage from surveillance cameras to identify the truck and its owner. They urged the shooter to turn himself in over recent days.

Desper did so through his attorney about 2 a.m. Sunday, Hogan said.