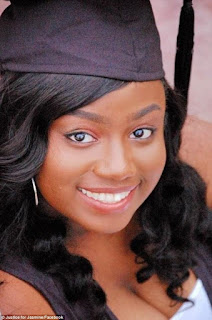 The black valedictorian of a Mississippi high school was forced to share her graduating class's top honor with a white student who had a lower grade-point average, the woman's mother says in a federal lawsuit.

The allegation comes months after the Cleveland School District settled a 52-year-old lawsuit demanding that it desegregate its schools.

Sherry Shepard noted the settlement in the lawsuit filed last week, which alleges that her daughter, Jasmine, had to unfairly share the 2016 Cleveland High School valedictorian honors.

She further claims that Jasmine Shepard was the first black valedictorian in Cleveland High's 110-year history. The other 109 were white, Sherry Shepard alleged.

"As a result of the school official's unprecedented action of making an African-American student share the valedictorian award with a white student, the defendants discriminated against J.S.," the lawsuit says, claiming Jasmine Shepard has suffered lost opportunities, mental anguish, pain and suffering as a result of the decision.

The lawsuit targets the district, the superintendent and Cleveland High's principal and seeks unspecified monetary damages. It does not identify the valedictorians, but CNN is naming them as they both spoke to its reporters last year about the federal desegregation order.

In a Facebook post, Jasmine Shepard said she and her family have faced ugly attacks and name calling as a result of the more recent lawsuit. She included a screen grab of a message that incorporated the N-word and said, "Black lives don't mean s***!"

"You may disagree with us in this plight, but please respect us as well as others on this page. Name calling and bashing is not necessary!" Jasmine Shepard posted.