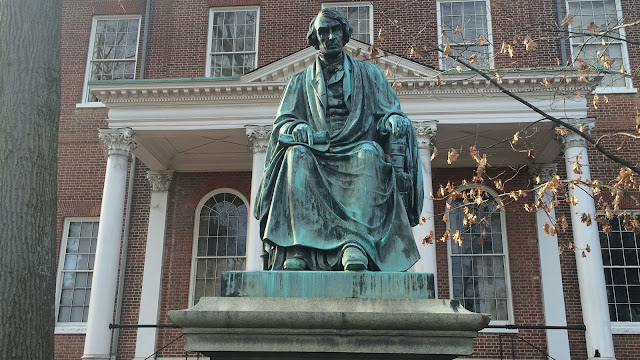 A statue of the of the U.S. Supreme Court justice who wrote the Dred Scott decision that upheld slavery and denied citizenship to African-Americans has been removed from the grounds of the Maryland State House.

The statue of Roger B. Taney was lifted away by a crane at about 2 a.m. Friday. It was lowered into a truck and driven away.

A panel voted by email Wednesday to remove the statue, which was erected in 1872.

House Speaker Michael Busch, who voted for removal, wrote this week that the statue “doesn’t belong” on the grounds. His comments came after the violent protests in Charlottesville, Virginia, over the weekend. Gov. Larry Hogan said this week that removing the statue was “the right thing to do.”