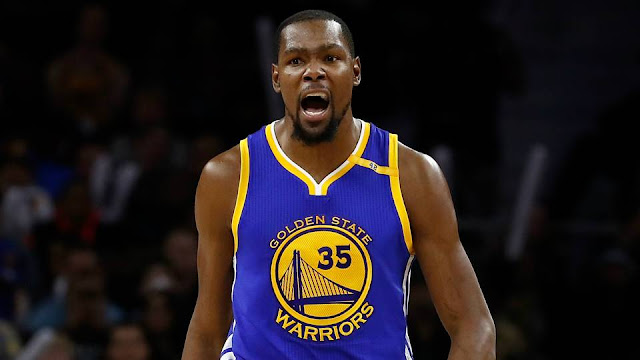 NBA superstar and now champion, Kevin Durant told ESPN that he will not be visiting the White House when the Golden State Warriors visit in February because he doesn't respect the man in office right now. Read his statement below:

"Nah, I won't do that," said Durant when questioned about a White House visit by ESPN. "I don't respect who's in office right now."

"I don't agree with what he agrees with, so my voice is going to be heard by not doing that," said Durant, who said it wasn't an organizational decision. "That's just me personally, but if I know my guys well enough, they'll all agree with me."