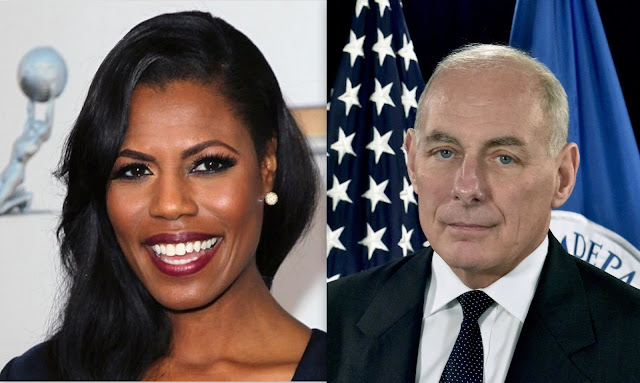 Newly minted White House chief of staff John Kelly has sought to put a dent in the influence of one of President Donald Trump’s most famous advisers: Omarosa Manigault.

The former Apprentice co-star—who currently serves as the communications director for the Office of Public Liaison—has seen her direct access to the president limited since Kelly took the top White House job in late July, sources tell The Daily Beast. In particular, Kelly has taken steps to prevent her and other senior staffers from getting unvetted news articles on the president’s Resolute desk—a key method for influencing the president’s thinking, and one that Manigualt used to rile up Trump about internal White House drama.

Multiple sources in and outside the Trump White House told The Daily Beast that, until recently, it was common practice for aides to slide into the Oval Office and distract and infuriate the president with pieces of negative news coverage. Manigault, they say, was one of the worst offenders.

“When Gen. Kelly is talking about clamping down on access to the Oval, she’s patient zero,” a source close to the Trump administration said.