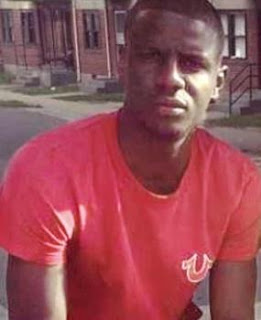 The National Association for the Advancement of Colored People (NAACP), the nation’s oldest civil rights organization, is disappointed by the decision by President Trump’s Department of Justice not to bring civil rights charges against the six Baltimore Police officers who were associated with the arrest and death of Freddie Gray. The NAACP, as well as its Maryland State Conference and Baltimore City Branch, issued the following statement:
“The Department of Justice let Freddie Gray’s family, Baltimore residents, and the entire nation down by deciding not to charge the police officers involved with Freddie Gray’s death. While we aren’t surprised by the DOJ’s decision – especially considering President Trump’s statement that police officers should not be ‘too nice’ when transporting those held in police custody – we had hoped that the case would have turned out differently,” said Ngozi Ndulue, Senior Director of Criminal Justice Programs at the NAACP. “The Justice Department had a real chance to demonstrate its commitment to police accountability. Instead, the DOJ’s decision reiterates what we already know—the threat of federal charges against individual officers is insufficient to ensure constitutional policing. Without meaningful avenues for police accountability, the status quo prevails; communities of color are vulnerable to civil rights violations from disreputable police officers with little repercussion.”
“The way the Justice Department is handling this case illustrates a deliberate weakening of civil rights enforcement under Attorney General Jeff Sessions. This decision by the DOJ highlights the need for national, state and local policing reforms to ensure that officers are held accountable if they violate constitutional rights. The NAACP will continue to fight for this step forward and advocate for the anti-racial profiling bills for which we have long championed,” said Gerald Stansbury, President of the NAACP Maryland State Conference.
“The fact that we’re living in a country where the death of a young man can go unanswered is heartbreaking. Our tax dollars in Baltimore are supposed to ensure our law enforcement ‘protects and serves’ not ‘hunts and catches,’” said Tessa Hill-Aston, President of the Baltimore City Branch of the NAACP. “I have great respect for the Baltimore Police Department – and I know many of them personally – but I am disgusted by the actions taken by the individual police officers who were involved with Mr. Gray’s death and further outraged by the DOJ’s decision not to press charges against the accused officers. This case is part of a much bigger narrative about the value of Black lives and the willingness of our justice system to actually seek justice for Black families.”