Dem. Congressman ‘Sees Nothing Wrong’ With Changing The National Anthem 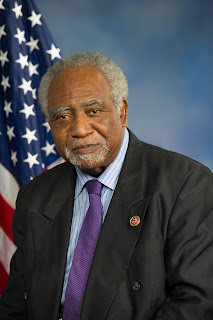 Illinois Democratic Rep. Danny Davis says he sees ‘nothing wrong’ with the California ACLU’s effort to ban the Star Spangled Banner as the country’s national anthem.

Alice Huffman, president of the California chapter of the NAACP, declared the anthem to be “racist” and that it “doesn’t represent our community. It’s anti-black people,” SFGate.com, reported Wednesday. The NAACP is hoping for lawmakers to change it.

Davis, a member of the Congressional Black Caucus went on to say, “Intellectually, if people continue to pursue this nation to become perfected, then I see nothing wrong with that. I mean it was designed, I think they said, to form a more perfect union.”

He added, “They didn’t say that it was perfect at the time, but they did say that we could continue to pursue perfection and if they’re individuals who think that we can make the national anthem more perfect in terms of the goals and objectives of this country then I say so be it.”

The NAACP referenced the anthem’s third verse, which is seldom sung and includes the line, “no refuge could save the hireling and slave from the terror of flight or the gloom of the grave.”

The Star Spangled Banner was written in 1814 by Frances Scott Key at a time when slavery was legal in the United States.