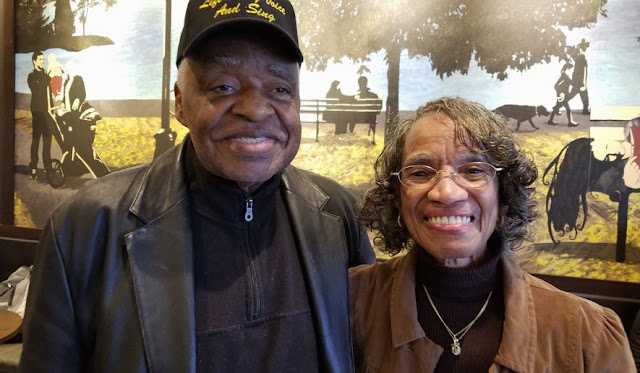 At 75 years old, Eugene Williams Sr. has embarked on a self-directed mission: to persuade NBA teams to play “Lift Every Voice and Sing” (otherwise known as the “Black National Anthem”) before its games in February (otherwise known as Black History Month).

Every day when he wakes up in his home in Clinton, Maryland, Mr. Williams opens a composition book (the kind you might use to take an essay test) and riffles through its names and telephone numbers — contact information for NBA teams and their staffers.

Then he starts making cold calls.

“This should be sung as well as the national anthem,” the retired English teacher said in an interview. “Particularly for the NBA players.”

Mr. Williams says he’s focusing on the NBA because its players are contractually obligated to stand during the national anthem. Since they can’t kneel in protest, perhaps they could stand in solidarity for another anthem that celebrates the patriotism and resilience of black communities, he said.

“Lift Every Voice and Sing” was written in 1900 by black poet James Weldon Johnson, who at that time was the principal of a segregated school in Jacksonville, Florida. His brother, John Rosamond Johnson, wrote the music for the poem in 1905. The NAACP designated it as the “Negro National Anthem” in 1919.

“There have been instances in the past when teams have added a performance of ‘Lift Every Voice and Sing,’” an NBA spokesperson told The Washington Times.

In fact, Stevie Wonder blended “Lift Every Voice” into the end of his performance of the national anthem during the 2005 NBA Finals.

Posted by Councilman George L. Cook III at 5:47 AM