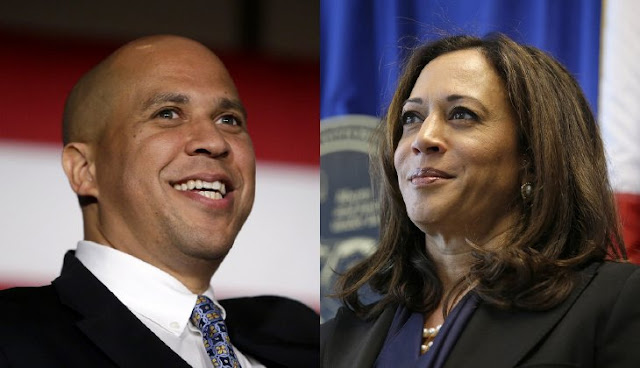 Democratic Senators Cory Booker of New Jersey and Kamala Harris of California have been appointed to serve on the Senate Judiciary Committee.

They become just the second and third African-Americans to serve on the committee in its 200-plus-year history.

Democrats had to replace Sen. Al Franken, D-Minn., who resigned after being accused of sexual misconduct. They also picked up a spot with Doug Jones' victory in last month's Alabama Senate race.

The Congressional Black Caucus had been urging Senate Minority Leader Chuck Schumer, D-N.Y., to appoint one of its members to the committee.

Rep. Cedric Richmond, the group's chairman, says, "the experience and expertise they bring to the committee will be beneficial for all Americans, especially those disproportionately targeted by the criminal justice system."