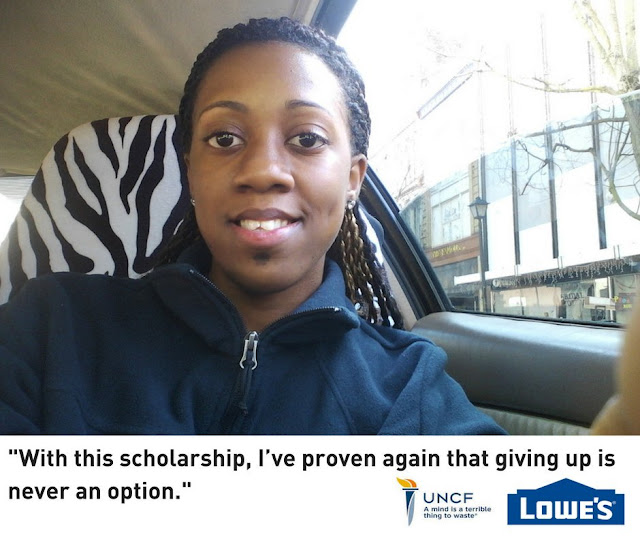 In recognition of the Martin Luther King, Jr., holiday, Lowe’s has donated $500,000 to UNCF’s 37 historically black colleges and universities (HBCUs) to award emergency student aid to graduating seniors who need financial support. UNCF’s Emergency Student Aid (ESA) is a lifeline for UNCF-supported HBCU students with unanticipated needs or special circumstances such as the loss of a parent’s job. Nearly 240 seniors received aid during the 2016-17 academic year, allowing them to stay in school and on track to graduate.

“This gift given at this time is a fitting tribute to the legacy of the Rev. Dr. Martin Luther King, Jr.,” said Dr. Michael L. Lomax, UNCF president and CEO. “For more than 30 years, Lowe’s has been a vital partner in UNCF’s continuing mission to increase post-secondary access and success for students attending its member schools who need critical funding to earn their degrees. We want to say ‘thank you’ to Lowe’s for its substantial investment in better futures for students across the United States.”

Since 2009, Lowe’s has partnered with UNCF’s emergency student aid program to provide $4.7 million in just-in-time aid. Thanks to Lowe’s long-term commitment to increasing post-secondary success for students at UNCF member schools, more than 1,700 students have been able to graduate on time. A UNCF partner since 1985, Lowe’s has donated more than $5 million to UNCF over the past three decades.

“Lowe’s commitment to improving communities begins by supporting organizations that give students the resources to become tomorrow’s business and community leaders,” said James Frison, Director of Community Relations. “By supporting organizations like UNCF, Lowe’s is contributing to a cause that is important to our customers and employees and invests in helping students achieve their fullest potential by completing their college degrees.”

UNCF, the nation’s largest and most effective minority education assistance organization, launched ESA in 2009 to help recession-impacted students at risk of having to interrupt their studies and delay their degrees due to unpaid tuition balances, textbooks and room and board fees. In supporting UNCF’s ESA, Lowe’s offered support in a major way again this academic year to help students walk across the finish line. Since 2009, more than $27 million has been raised and disbursed to UNCF-supported students attending UNCF-member HBCUs.To donate to UNCF’s Emergency Student Aid, visit UNCF.org/ESA.