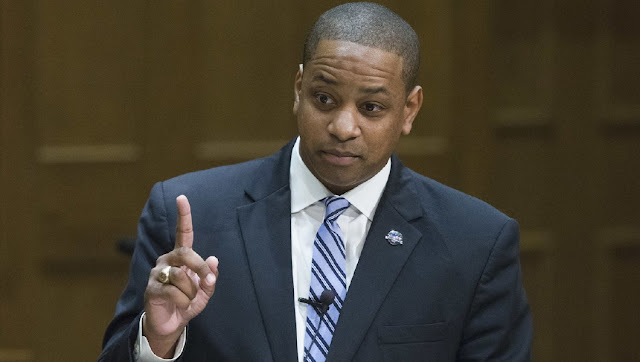 Democratic Lt. Gov. Justin Fairfax, the second African-American to serve in that role, stepped off the dais where he presides over the state Senate on Monday when Republicans moved to adjourn in memory of Confederate Gen. Thomas Jonathan “Stonewall” Jackson.

“It’s a personal decision for me,” Fairfax said afterward. “There are people in Virginia history that I think it’s appropriate to memorialize and remember in that way, and others that I would have a difference of opinion on.”

Fairfax was going to do the same last Friday after learning about plans honoring Confederate Gen. Robert E. Lee, whose birthday is a state holiday. In the mid-1980s, Virginia began marking Martin Luther King Jr.’s holiday the same as Lee-Jackson-King Day. In 2000, Gov. Jim Gilmore called for separating them.

Fairfax said that when he was sworn into the statewide office on Jan. 13, he kept in his pocket a reproduction of a document freeing members of the Fairfax family in Virginia from slavery in 1798.

“I felt … in honor of my family and in honor of the journey that Virginia has taken and so many others have taken for progress, that I would prefer not to preside over those adjournment motions.”