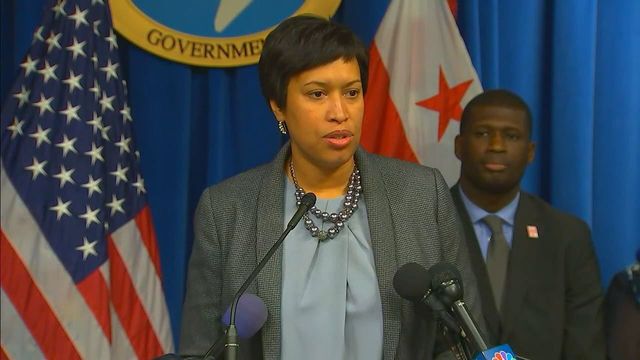 “Regardless of whether or not the federal government shuts down, D.C. government will be open for business,” Bowser said.

And Bowser said she has called on her agencies “where we are able, to step in for the federal government.”

D.C. Department of Public Works Director Chris Shorter said the District would be collecting trash on the National Mall and 126 other national parks throughout D.C. and servicing 372 litter cans on federal land throughout the city during a shutdown.

“While we are picking up the slack for the federal government, I want to assure all District residents that the city services that they count on, such as trash, recycling collections as well as parking enforcement will continue as normal,” Shorter said.

Deputy Mayor for Public Safety and Justice Kevin Donohue said the extra work for trash collection on federal land would amount to about $100,000 per week in personnel costs. Bowser said the city will be tracking those costs and plans to seek reimbursement from the federal government.