Get Out wins the Academy Award for Best Original Screenplay 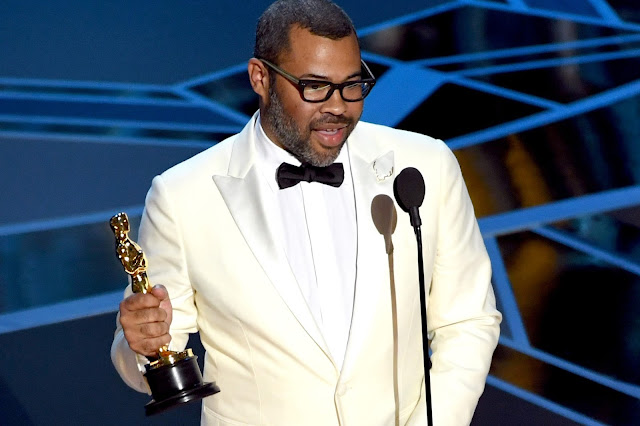 Jordan Peele’s horror film “Get Out” has won the Academy Award for best original screenplay, making Peele the first African-American to win the award.

“Get Out” topped Greta Gerwig for “Lady Bird,” Guillermo del Toro and Vanessa Taylor for “The Shape of Water,” Emily Gordon and Kumail Nanjiani for “The Big Sick,” and Martin McDonagh for “Three Billboards Outside Ebbing, Missouri.”

“I stopped writing this movie about 20 times because I thought it was impossible,” Peele said in his acceptance speech. “But I kept coming back to it because I knew if someone let me make this movie, people would hear it and people would see it.”

Peele thanked Universal, Jason Blum, the cast and crew, and his wife and mother.

“To everybody who went and saw this movie, everybody who bought a ticket, who told somebody to buy a ticket — thank you!” Peele said.

Backstage, Peele was jubilant as he shared his journey to his first Oscar. “I almost never became a director,” he said. “There was such a shortage of role models.”

He added, “I’m so proud to be a part of a time at the beginning of a movement where I feel like the best films in every genre are being brought to me by my fellow black directors.”