A New Generation of African-American-Owned Bookstores 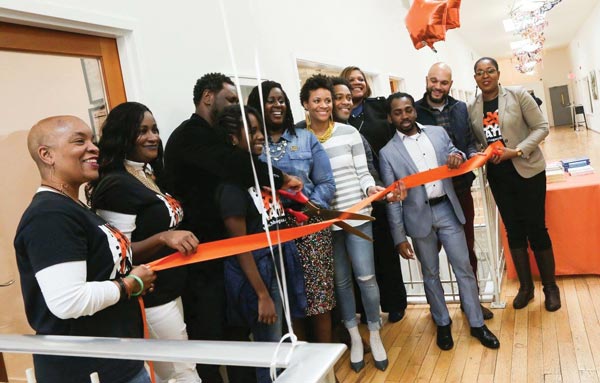 After a steep decline, the number of black-owned independent bookstores is growing.

“They were closing left and right, and the major ones were struggling,” said Johnson, who runs the African American Literature Book Club, an online book database. Today, Johnson estimates, there are at least 108 black-owned independent stores, a number of which have opened in the past six months, marking a substantial reversal. “Last year was the first year I added more stores to the list than I took away,” he noted.

The surge in black-owned indie bookstores is notable at a time when both bookselling and publishing are wrestling with issues of workforce diversity.

Ramunda and Derrick Young, wife-and-husband owners of the newly opened MahoganyBooks, looked for a physical location for years, but a wave of gentrification in Washington, D.C., left them with few promising options. That changed in early 2017, when they found a location in the Anacostia Arts Center, in the historically African-American neighborhood of Anacostia in Southeast D.C. Ramunda, a former general books manager of the Howard University Bookstore, said opening a store was a logical step toward diversifying the couple’s business after having run a books website serving predominately African-American readers for a decade.

MahoganyBooks opened in February and is the first bookstore in Anacostia in 20 years. The 500-sq.-ft. store has an adjacent events space for large readings. With tablets for readers to locate books online while they browse, the store fulfills the couple’s vision of “a bookstore 2.0,” Derrick said.

“Bookstore 2.0” is shorthand for the Youngs’ effort to integrate the physical store and the long-standing digital operation, creating independent sources of revenue that stand alone but point to one another. In-store technology points to the website, and the website now points to the physical store’s events. “We thought, if there were another big crazy economic downturn, how would we prepare ourselves so that we would have multiple streams of income?” Derrick said.