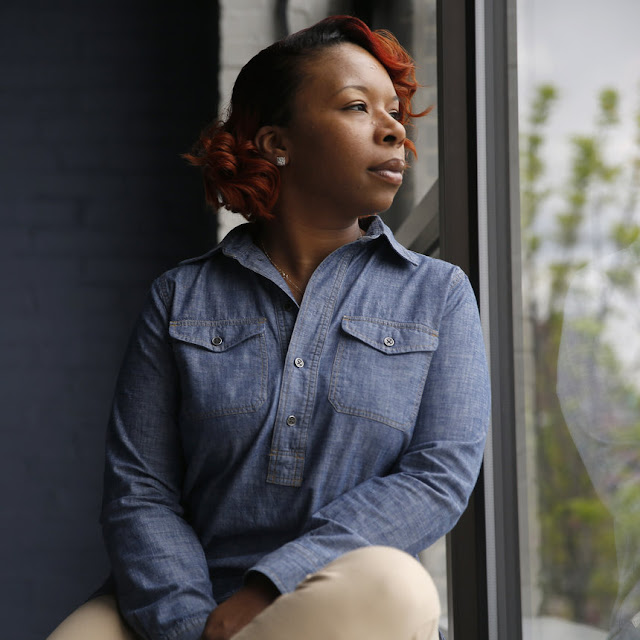 Lezley McSpadden says she is considering a run for a City Council seat in Ferguson, the city where her son Michael Brown was fatally shot by a police officer.

McSpadden was among four people who took part in a panel discussion about issues raised by Brown's death on Monday night at Harvard University.

She was prompted to mention her potential candidacy by Benjamin Crump, another panelist who is an attorney for the family. Crump urged McSpadden to discuss what she was considering.

"What I'm contemplating is running for City Council of Ferguson," she said, drawing applause and a call of "Run, Lezley, Run" from the audience of several dozen.

"There are several people back home that are willing to help me get that going and make sure that I'm treated right," McSpadden said.

Crump chimed in with encouragement. "What a legacy that would be — elected to the City Council and supervising the same police department that killed Michael Brown," he said.