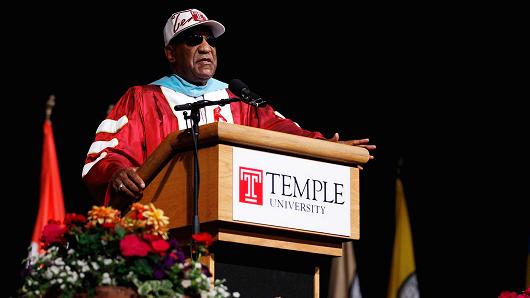 Temple University, where Bill Cosby long served as a leading public face and key fundraiser, said Friday it will rescind the honorary doctorate it awarded to the comedian in 1991 because he was convicted of sexually assaulting a former employee.

The Philadelphia university said its board of trustees accepted a recommendation Friday to rescind the degree, citing Thursday's jury verdict finding him guilty of drugging and molesting a woman who managed the school's women's basketball team in 2004.

Cosby received a bachelor's from Temple, which was among few that waited to pull honors from Cosby until after the verdict.

Cosby served on the board for decades before resigning in 2014.