High School football coach: I'm being forced out for having too many black players on team 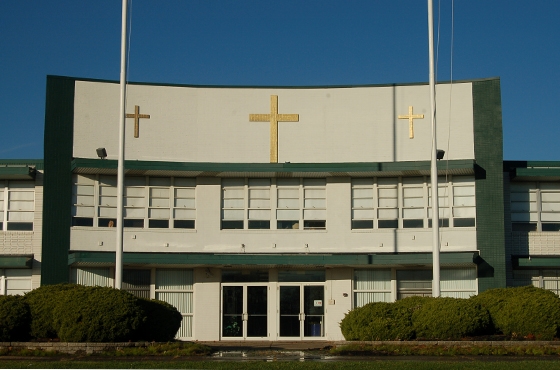 Camden Catholic High School (NJ) football coach Nick Strom says he thinks officials are trying to force him out of his job because he has too many black players on his team.

The stunning allegation comes after school President Mary Whipkey and Principal Heather Crisci told him Friday afternoon that his contract as a history teacher would not be renewed for next year. The officials also asked Strom to resign from his posts as head football and golf coach.

“I think this is from me not conforming with their viewpoints on what they want the student body and the football team to look like,” Strom alleged. “I’ve tried to build this program into one that’s based on kids being of ability, high character and high grades.

“From day one, the administration told me they did not approve of the ratio of black to white students.”

Strom estimated the topic of race came up “10 to 20 times” with Whipkey since he was hired as football coach in 2013.

“When I’d have a list of potential freshmen, the first question I’d be asked is if they were white or black,” he said. “I was confused about why the question was, ‘How can we get more white players in the program or on the field?’”

About half of the team's players are minorities, Strom said.

The embattled coach and teacher said there also were occasions when he was asked whether a student came from a single- or double-parent household.

“I always felt like I could be above it,” said Strom, who’s lost only two games in South Jersey over four years. “I don’t think as coaches we get into that. You’re trying to improve your team and trying to help kids be a part of society to make a difference in their lives.”

On Monday morning, Strom told school officials he won't resign, and will remain in his coaching roles until told otherwise.

Since Strom became coach, Camden Catholic is 34-6, with a 34-2 record against South Jersey teams.