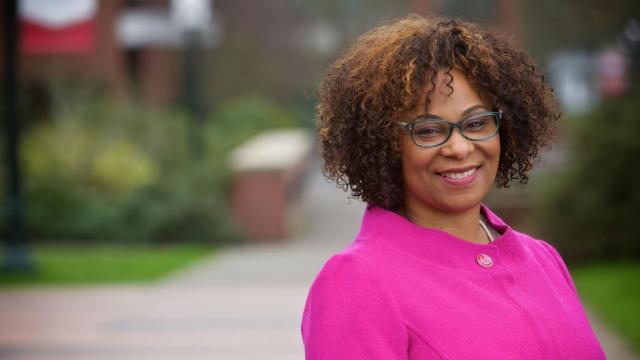 You can now add campaigning for elected office to the list of things that black people can't do without the police being called on them.

A black Oregon state representative says someone called the police on her while she was canvassing door-to-door in her district.

Rep. Janelle Bynum represents District 51, which includes the area of Clackamas County, where she was campaigning.

In a Facebook post Tuesday, the Democrat wrote that a woman notified police that Bynum was suspicious because she was "spending a lot of time typing on my cell phone after each house."

Bynum is running for reelection in the fall, and said she takes notes when she's visiting her constituents to keep an account of what her community cares about.

She praised the deputy who responded for being professional, and said she asked him if she could meet the woman who made the call, but she was not available.

"The officer called her, we talked and she did apologize," Bynum said, without specifying the race of the caller.

Bynum told local media that someone called 911 and reported that she was spending too much time at houses in the area.