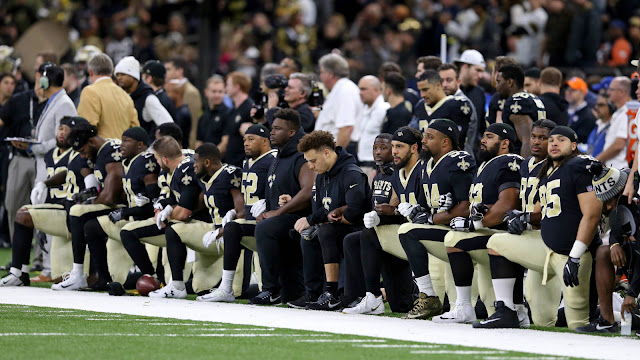 The Union released the following statement:

The NFLPA union filed its non-injury grievance today on behalf of all players challenging the NFL’s recently imposed anthem policy. The union’s claim is that this new policy, imposed by the NFL’s governing body without consultation with the NFLPA, is inconsistent with the collective bargaining agreement and infringes on player rights.

In advance of our filing today, we proposed to the NFL to begin confidential discussions with the NFLPA Executive Committee to find a solution to this issue instead of immediately proceeding with litigation. The NFL has agreed to proceed with those discussions and we look forward to starting them soon.