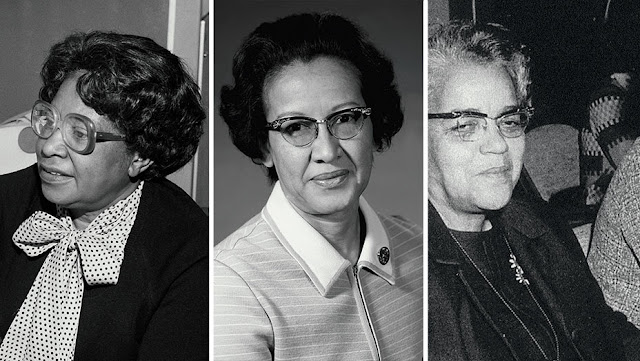 A group of U.S. senators are recognizing the African American women who contributed to the space race in the 1960s.

Alaska Senator Lisa Murkowski, Chris Croons of Delaware, Kamala Harris of California and 44 of their colleagues introduced a bipartisan bill to award Congressional Gold medals to Katherine Johnson and Dr. Christine Darden and posthumously award Dorothy Vaughan and Mary Jackson whose lives and careers were featured in the book and movie "Hidden Figures".

The Congressional Gold Medal is considered the highest civilian award in the United States and awarded to people who have performed an achievement that has an impact on American history and culture; likely to be recognized in that person's field for years to come.

Senator Harris said these women's accomplishments were a critical role in U.S. history:

“These women were barrier breakers, and their immeasurable contributions to NASA and our nation have cemented their place in history,” said Senator Harris. “For too long, their extraordinary accomplishments remained in the shadows, with the world unaware of the critical role they placed in the Space Race. I’m proud to help recognize their achievements as they continue to serve as a beacon for black women both young and old, across the country.”

Vaughan led the West Area Computing unit for nine years, as the first African American supervisor at National Advisory Committee for Aeronautics (NACA), which later became NASA. She later became an expert programmer in FORTRAN as a part of NASA’s Analysis and Computation Division.

Jackson, who petitioned the City of Hampton to allow her to take graduate-level courses in math and physics at night at the all-white Hampton High School in order to become an engineer at NASA. She was the first female African-American engineer at the agency. Later in her career, she worked to improve the prospects of NASA’s female mathematicians, engineers, and scientists as Langley’s Federal Women’s Program Manager.

Dr. Darden became an engineer at NASA 16 years after Jackson. She worked to revolutionize aeronautic design, wrote over 50 articles on aeronautics design and became the first African-American person of any gender to be promoted into the Senior Executive Service at Langley.

The bill would commend these women for their contributions to NASA and their broader impact on society, paving the way for women-- especially of color in STEM fields.