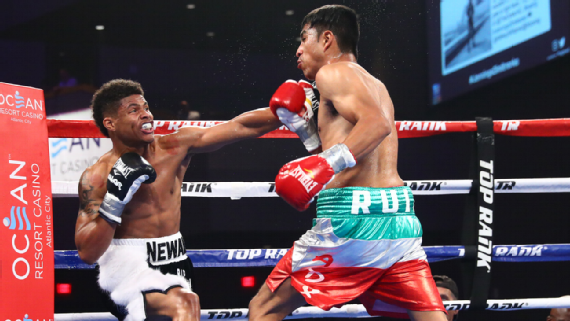 Stevenson had won his two fights prior to Ruiz by knockout, but spent most of the bout moving laterally along the ropes, throwing just enough punches to win every round.

Ruiz followed Stevenson around but never launched an attack. Every round was the same, totally void of highlights.

After the fight, members of Stevenson's camp claimed he broke his right hand in the second round.