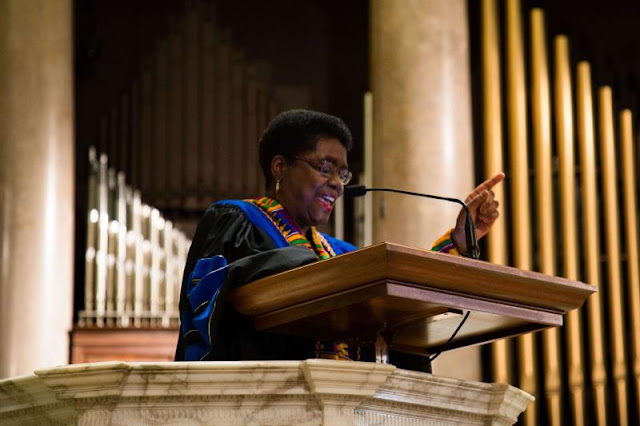 The months ahead of midterm elections, often a time of lower turnout among African-Americans and others, have become a focus of passionate activity by black Christian leaders.

“The attacks on the Voting Rights Act and other setbacks in civil rights have alerted the faith community that we need to take action,” said the Rev. Barbara Williams-Skinner, co-chair of the National African American Clergy Network. “We need to be proactive and not reactive.”

It’s been five years since the Supreme Court invalidated a key provision of the VRA, and voters in almost two dozen states face stricter rules. In response, black denominations and networks focused on people of color and the poor are gearing up in hopes of getting more people to the ballot box in November:

This week, leaders of the African Methodist Episcopal Church plan to continue their “AME Righteous Vote” initiative with mobilization briefings, Capitol Hill meetings and a “Call to Conscience” vigil at Lafayette Square across from the White House.

* Faith in Action, the grassroots organization formerly known as PICO National Network, hopes to reach more than a million people in 150 cities with phone calls and door-to door visits before Election Day on Nov. 6.

* A “Lawyers and Collars” program co-led by the Skinner Leadership Institute and Sojourners plans to train clergy on voter protection, hold meetings with state elections officials and spend Election Day at the polls with lawyers to assist voters.

* Stricter rules at polling places — such as ID laws — could lead to people being turned away on Nov. 6. Pastors and other leaders can serve as advocates on their behalf, said Williams-Skinner, who is also CEO of the Maryland-based institute.

“We’re saying that vulnerable voters need to have protection and we believe that the most respected leaders (and) the influential stakeholders should be there,” she said. “As they stand in line with people, people will stay in line no matter what happens.”