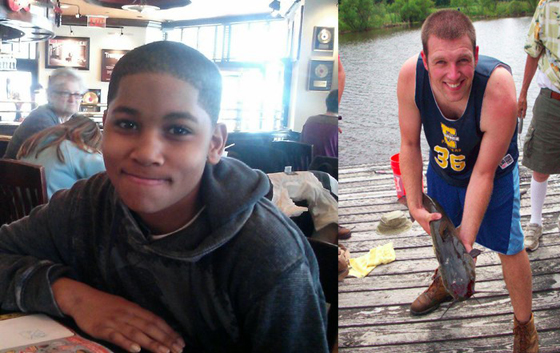 Timothy Loehmann was hired by the police department in Bellaire, a small town on the Ohio River, about 65 miles southwest of Pittsburgh. Bellaire Police Chief Richard "Dick" Flanagan told WTOV on Wednesday that Loehmann called him saying he was "rescinding his application here at the Bellaire Police Department."

"I had accepted his withdrawal from the Bellaire Police Department," Flanagan said. "He proceeded to tell me that he wanted to pursue the legal end of what's going on there in Cleveland and he just doesn't have the time to travel back and forth."

Flanagan said Loehmann was never sworn in and was still in the training process.

"Everyone assumes he was automatically hired -- no, there is a process," he said. "He did not receive one dime. He was not on the schedule."

The announcement of Loehmann's hiring caused an intense reaction from the community, WTOV reported. Flanagan said that at one point, the department received more than 200 calls between 8:30 a.m. to 12:30 p.m. "Our own citizens here in town were not able to get police, EMS or fire service because they couldn't get through anywhere," he said.

While Flanagan originally said that everyone deserved a second chance and that he stood behind the hiring of Loehmann, he told WTOV on Wednesday that he believes the withdrawal is personal and he supports the decision.