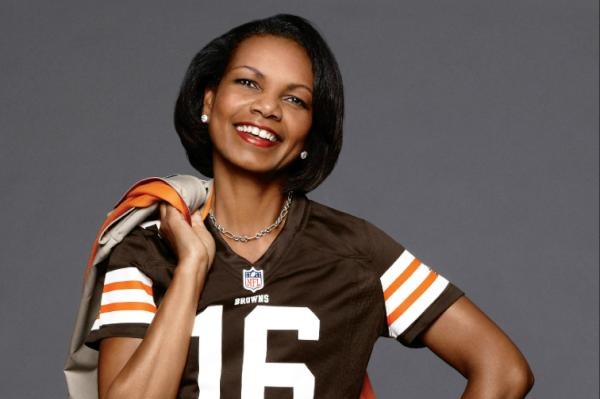 Browns general manager John Dorsey said last week that he was open to hiring a woman as Cleveland's next head coach, and one prominent name is on the team's wish list to interview.

The Browns would like to interview former Secretary of State Condoleezza Rice for their head-coaching job, a league source tells ESPN.

If the Browns follow through on it, Rice would become the first woman to interview for an NFL head-coaching job.

Cleveland's interest in interviewing Rice comes at a time when women recently have moved into decision-making roles in men's professional sports. The San Antonio Spurs hired Becky Hammon as an assistant coach, the Buffalo Bills hired Kathryn Smith as a quality control assistant, the Oakland Raiders hired Kelsey Martinez to their strength staff, and the San Francisco 49ers hired Katie Sowers as an offensive assistant.