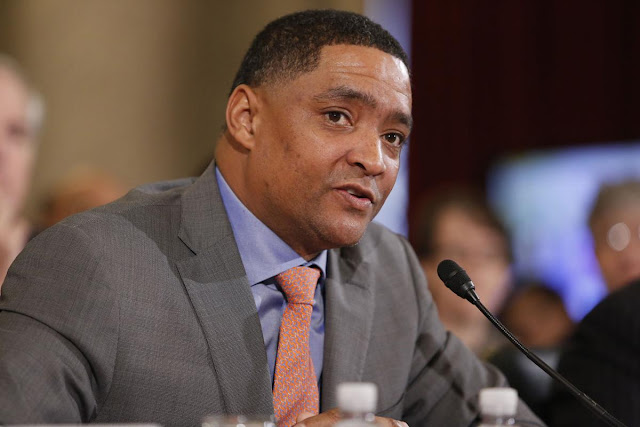 “This president is an insecure bully and lacks basic respect for others. In recent days, while nursing wounds from a major political rejection this week, he has found a way to say abusive and disrespectful things about the former First Lady of the United States, Michelle Obama, and three reporters who have been ably and professionally doing their jobs, April Ryan, Abby Phillip and Yamiche Alcindor. This is just the latest series of aggressive and unhinged attacks from a president that consistently fails to set a good example for this country. He has also repeatedly attacked Members of the Congressional Black Caucus, including Reps. Frederica Wilson and Maxine Waters. This president clearly has demonstrated animus toward women in general, but black women in particular. This has to stop. I would call for him to apologize for his various disrespectful statements, but I know he lacks the compassion, self-awareness, and magnanimity to do so. Instead, I urge him to study these intelligent, strong, and accomplished women in order to learn lessons in grace, class, and dignity.”

Posted by Councilman George L. Cook III at 10:38 AM